ZEN RETARD 400MG TABLET belongs to a group of medicines called anticonvulsants or anti-epileptics used to treat epilepsy (fits) and trigeminal neuralgia (pain in the face's nerves). Epilepsy is a neurological disorder in which there is a sudden rush of electric impulse (electric activity) in the brain. As a result, the brain's electrical rhythms become imbalanced, resulting in recurrent episodes of seizures or fits. Trigeminal neuralgia is a condition which affects the trigeminal nerve that carries sensations from face to the brain.

You are advised to take ZEN RETARD 400MG TABLET for as long as your doctor has prescribed it for you depending on your medical condition. In some cases, you may experience certain common side-effects such as dizziness, tiredness, uncontrolled movements, nausea, headache, changes in liver enzymes or low white blood cells count, and minor skin reactions. Most of these side-effects do not require medical attention and will resolve gradually over time. However, you are advised to talk to your doctor if you experience these side-effects persistently.

Epilepsy: Epilepsy is a sudden rush of electricity in the brain. It is a disorder of the nervous system which occurs sue to disturbed nerve cell activity in the brain. In epilepsy the brain's electrical rhythms become imbalanced, resulting in recurrent seizures. In patients with seizures, the typical brain electrical pattern is disrupted by sudden bursts of electrical impulse that affect an individual's consciousness, movements or sensations. Seizures are of two types: generalized and partial seizures. Generalized seizures affect the entire brain, whereas partial seizures affect only a part of the brain. Seizures can cause uncontrollable muscle twitches and spasms. Stronger seizures may cause people to become confused or unconscious. Possible causes include high fever, trauma, genetic disorder, brain injury or stroke.

Trigeminal neuralgia: It is a condition which affects the trigeminal nerve that carries sensations from face to the brain. Symptoms include mild to severe facial pain, generally triggered by speaking, chewing or brushing the teeth.

ZEN RETARD 400MG TABLET decreases the brain's excessive and abnormal nerve activity by blocking sodium currents in your brain and body. This reduces abnormal electrical activity between your nerve cells.

Can I drive after taking ZEN RETARD 400MG TABLET?

ZEN RETARD 400MG TABLET causes dizziness, sleepiness, tiredness and vision problems like a blur vision. So, drive only if you are alert and omit driving or operating machinery if you feel dizzy or sleepy.

Can I stop taking ZEN RETARD 400MG TABLET if I feel well?

ZEN RETARD 400MG TABLET may cause weight gain due to an increase in appetite. Maintain a healthy weight by following a healthy diet and exercising regularly.

I am planning for pregnancy, is it safe to take ZEN RETARD 400MG TABLET?

How can I cope with dry mouth? 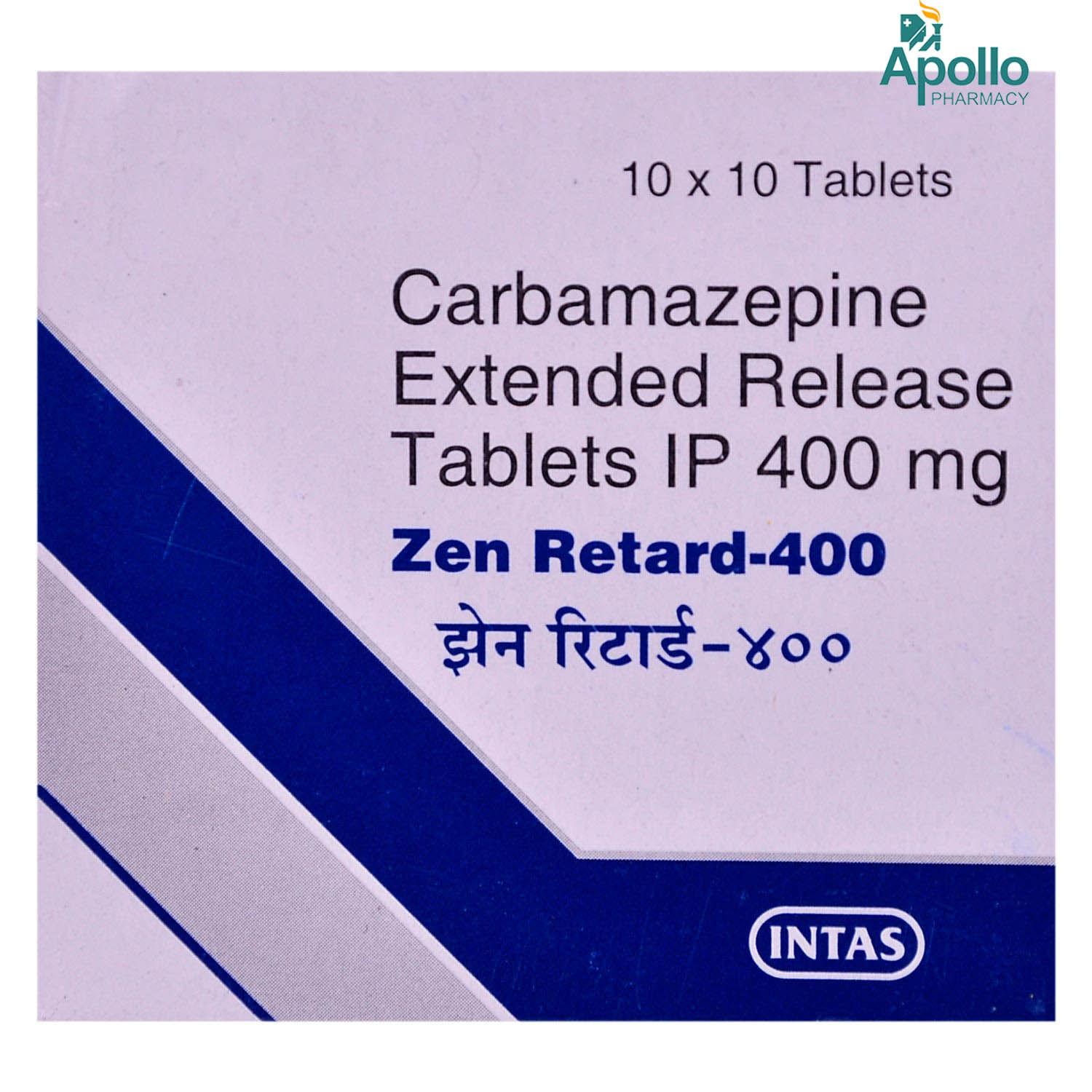