GLEZ 5MG TABLET belongs to the group of antidiabetic medicines called 'sulfonylureas' used to treat type-2 diabetes mellitus. GLEZ 5MG TABLET is prescribed for the condition of type 2 diabetes when diet and exercise alone cannot control their blood sugar levels. Type-2 diabetes mellitus is also known as non-insulin-dependent diabetes. Diabetes is a condition in which blood glucose levels are above normal. Insulin is the hormone that controls sugar levels in your blood. People with type 2 diabetes either do not produce sufficient insulin or cannot perform its function in the body (insulin resistance). Middle-aged or older individuals are most likely to suffer from type 2 diabetes, also known as adult-onset diabetes.

Side Effects of GLEZ 5MG TABLET

How does GLEZ 5MG TABLET work?

In which conditions GLEZ 5MG TABLET can cause hypoglycemia?

Hypoglycaemia may occur following prolonged or severe exercise, during illness, alcohol consumption, low food intake, or when GLEZ 5MG TABLET is taken along with other antidiabetic medicines.

How I can prevent hypoglycemia (low blood sugar)?

Maintain a healthy diet by regular intake of carbohydrates such as bread and products containing starch and sugar. Eat your meals regularly, and do not exercise heavily for longer duration with an empty stomach. Try to keep sugar candies and when you feel symptoms of low blood sugar like excessive hunger, sweating, feeling tired, dizziness, feeling hungry, feeling shaky, and fast heartbeat, immediately take it. This will increase level of glucose (sugar) in your blood and you will feel normal.

Can I stop taking GLEZ 5MG TABLET on my own?

Can I consume alcohol while taking GLEZ 5MG TABLET?

Can I take GLEZ 5MG TABLET if I have a serious illness or going to have surgery?

If you are going to have a major operation or have recently had a serious infection or illness; in such cases, diabetic control may be lost. Consult your doctor if you have any concerns regarding this; your doctor may ask you to temporarily take insulin instead of GLEZ 5MG TABLET to control blood glucose levels.

Who should not use GLEZ 5MG TABLET?

Do not use GLEZ 5MG TABLET if you have a condition called diabetic ketoacidosis (too much of acids in the blood) and ever have had an allergic reaction to glipizide. 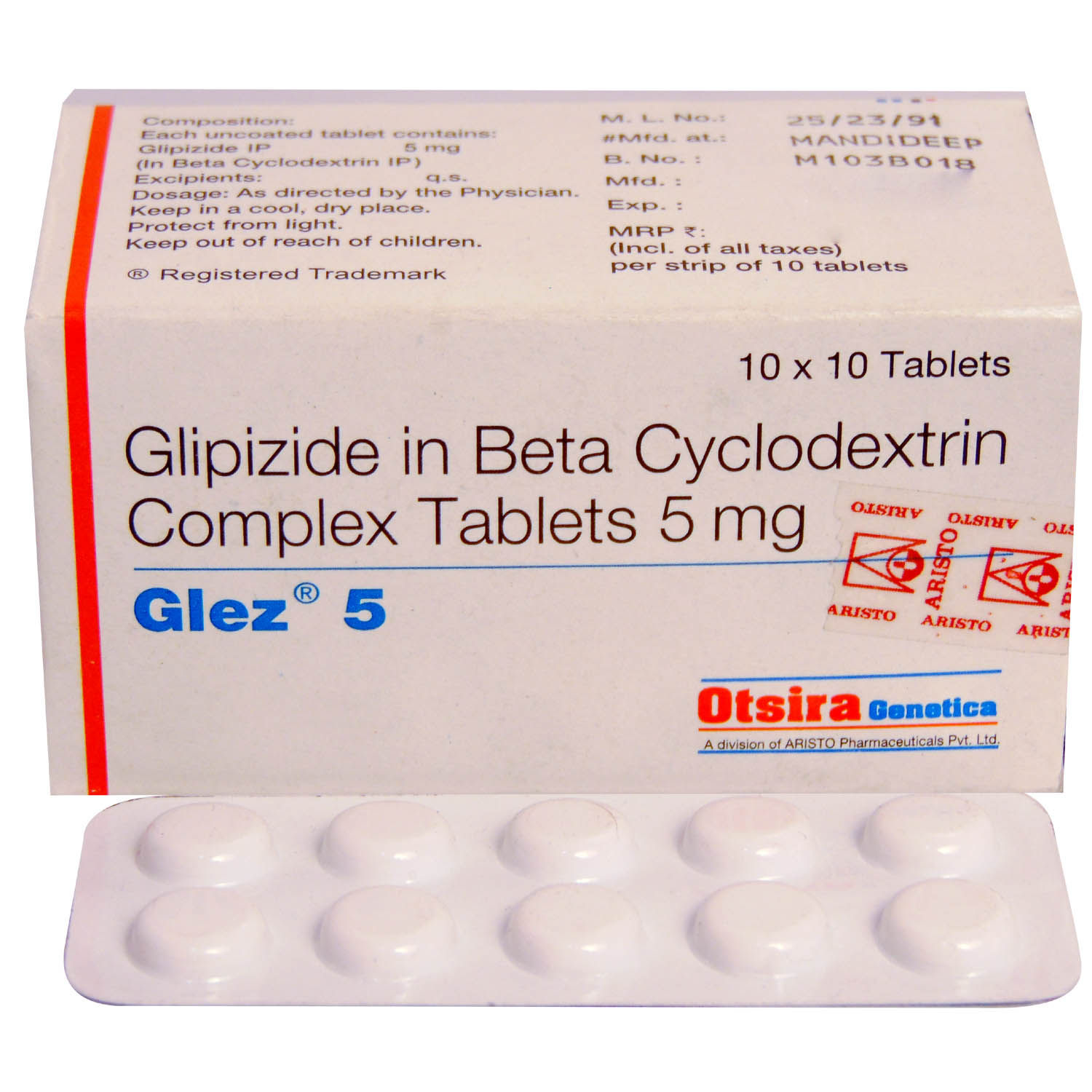