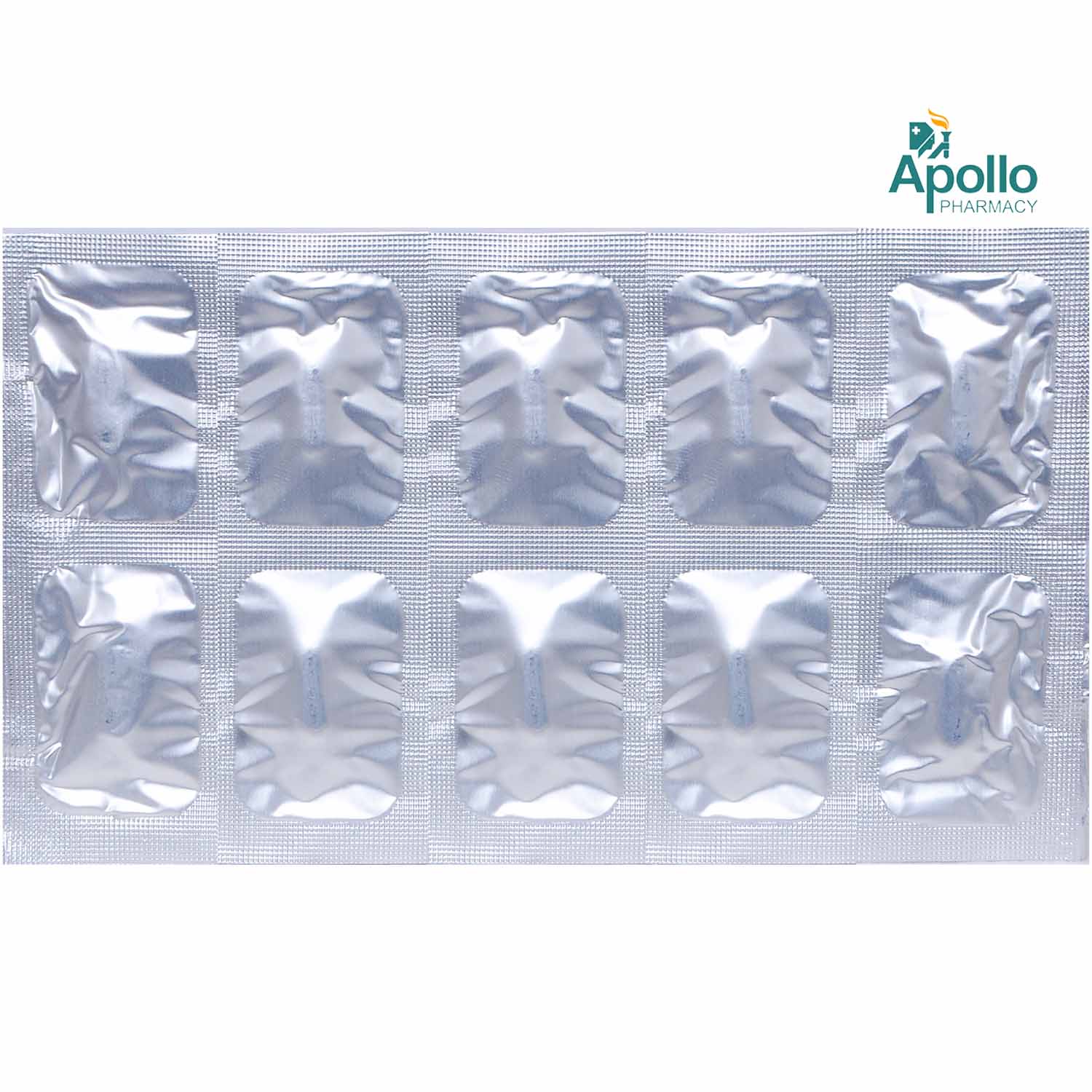 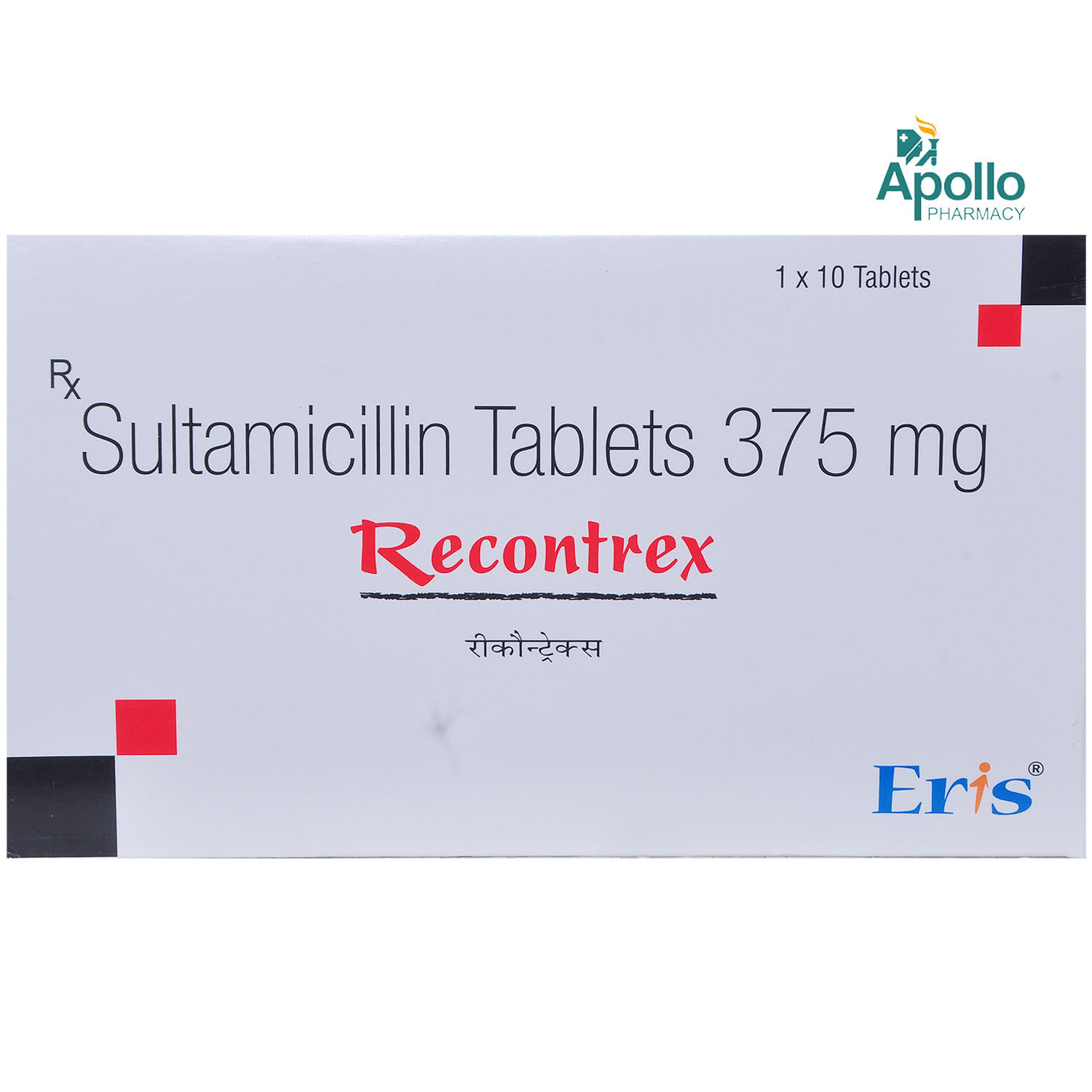 RECONTREX TABLET contains two penicillin antibiotics namely: Ampicillin and Sulbactam. Ampicillin acts by destroying the outer protein layer thereby killing the bacteria (bactericidal). Sulbactam inhibits the enzyme beta-lactamase which prevents bacteria from destroying the efficacy of ampicillin. As a result, the action of sulbactam allows ampicillin to work better and kill the bacteria. RECONTREX TABLET does not work against infections caused by viruses including colds and flu.

You should take this medicine as prescribed by your doctor. The common side-effects of RECONTREX TABLET are nausea, vomiting, diarrhoea, and skin rash. Most of these side effects do not require medical attention and will resolve gradually over time. However, you are advised to talk to your doctor if you experience these side effects persistently.

Do not take RECONTREX TABLET if you are allergic to any antibiotics (especially penicillin), clavulanic acid, or other ingredients present in it. Before taking RECONTREX TABLET, inform your doctor if you have liver disease, kidney disease, a history of jaundice (yellowing of the skin) with an antibiotic, glandular fever (fever with a sore throat, swollen glands, and extreme tiredness), urination problems, weak immune system (by disease or using medicine), short bowel syndrome (physical or functional loss of small intestine), fits, and inflammation of the large intestine. Do not take RECONTREX TABLET on your own as, self-medication may lead to antibiotic-resistance in which antibiotics fail to act against specific bacterial infections. Avoid taking RECONTREX TABLET if you are pregnant or breastfeeding unless prescribed by a doctor. If prescribed by your doctor RECONTREX TABLET is safe well-tolerated among adults, children, pregnant, and breastfeeding women.

RECONTREX TABLET is a combination of two medicines: Ampicillin and Sulbactam. It is a broad-spectrum antibiotic that covers a very wide range of bacterial infections. Ampicillin is a penicillin antibiotic and shows bactericidal (kills bacteria) activity. It works by preventing the formation of bacterial cell covering, which is necessary for their survival. Thereby, kills the bacteria and helps in treating and preventing the spread of infections. RECONTREX TABLET has the advantage of having Sulbactam which protects Ampicillin from getting destroyed by the bacterial enzyme increasing its efficacy. Besides this, it helps overcome antibiotic resistance in bacteria caused by the enzyme which destroys ampicillin (beta-lactamase). This makes the drug effective in multiple infections like skin and soft tissue infections (bacterial infections), urinary tract infections, female genital infections (gonorrhoea), ear infections, respiratory tract infections, infections of the nose, sinuses, and throat, and postoperative infections. After oral administration, RECONTREX TABLET is hydrolyzed in the intestine and increases the absorption in the bloodstream as ampicillin and sulbactam and decreases the chances of diarrhea and dysentery.

Take RECONTREX TABLET as advised by your doctor. Swallow it as a whole with water; do not crush, break or chew it.

Side Effects of RECONTREX TABLET

Drug-Food Interactions: Avoid taking eating high-fat meal as this make it harder for your body to absorb RECONTREX TABLET.

Drug-Disease Interaction: RECONTREX TABLET may have interactions with colitis (inflammation in the lining of the intestine or colon), bone marrow toxicity (blood cancer), liver disease, and mononucleosis (viral infection with sore throat and fever).

How does RECONTREX TABLET work?

RECONTREX TABLET is a combination of ampicillin and sulbactam. It kills bacteria by preventing them from forming the bacterial protective covering. It has enhanced activity against bacteria and less antibiotic resistance.

RECONTREX TABLET may alter test results of laboratory tests such as liver function tests, complete blood count, or urine tests (for glucose), so inform your doctor that you are taking RECONTREX TABLET.

Can I take RECONTREX TABLET for cough, cold and flu condition?

RECONTREX TABLET does not treat a viral infection like the flu or a common cold. So if you are feeling under the weather, it is best to consult the doctor to know if you need RECONTREX TABLET for your condition.

If I start feeling well, can I skip the dose of RECONTREX TABLET?

Try to stay well hydrated by drinking at least 6 glass of water or other fluid per day. Keep your underwear clean and try to use underwear made of cotton to avoid spread of infection. Always keep your bladder empty as much possible by peeing regularly. Your doctor may prescribe cranberry juice with antibiotics to treat urinary tract infection.

How can I manage diarrhoea as a side effect of RECONTREX TABLET?

Do not use anti diarrhoeal until the doctor has prescribed you. You can drink plenty of fluids (electrolytes) to avoid dehydration. Besides this, you can also take prebiotics or probiotics to manage diarrhoea as it may help in increasing the number of good bacteria in the intestine which aids in digestion.

What is the difference between RECONTREX TABLET and penicillin?

Can use of RECONTREX TABLET lower the efficiency of oral birth control pills?

Yes, RECONTREX TABLET decreases the efficacy of estrogen-containing oral contraceptives. Talk to your doctor about additional methods of contraception that you will need to follow.