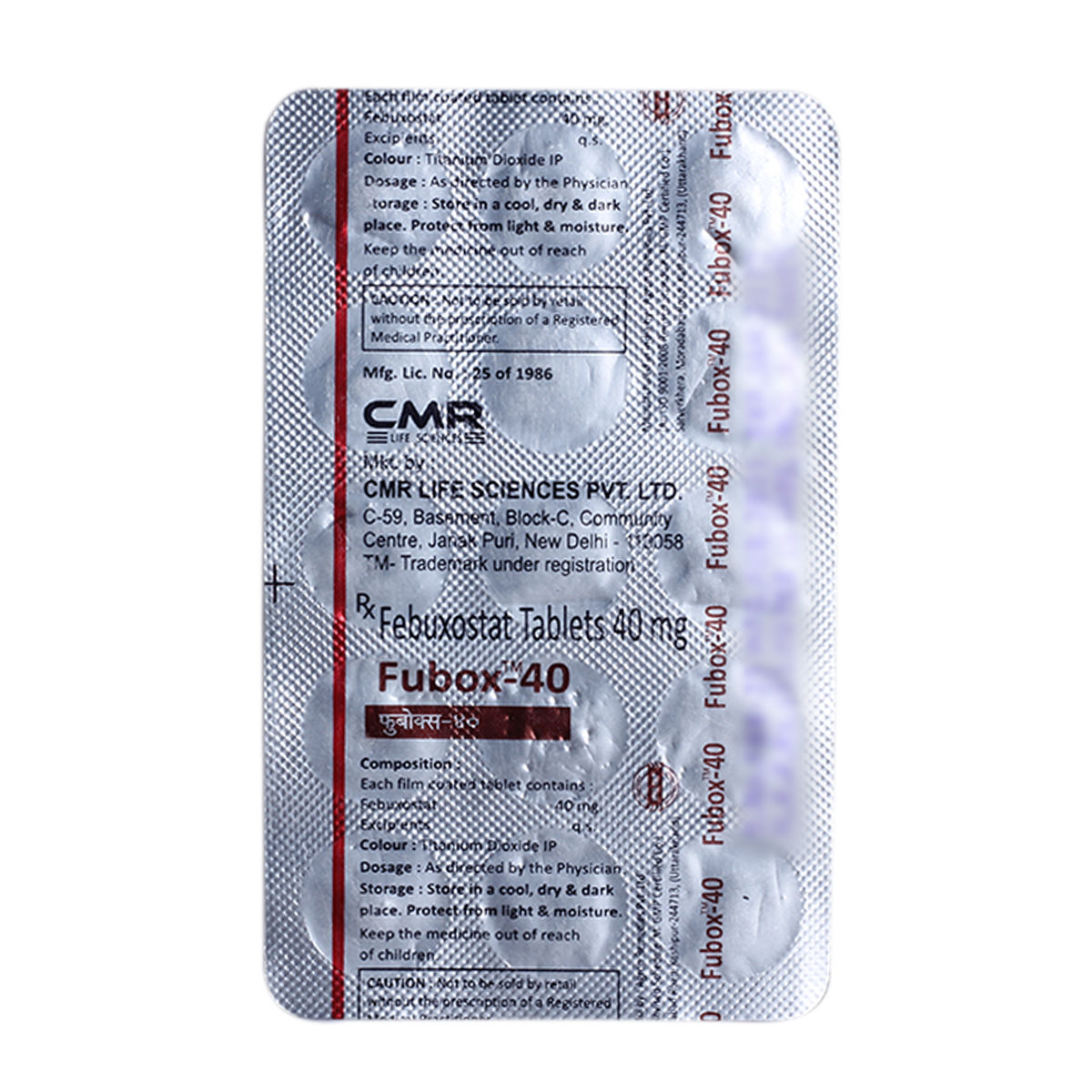 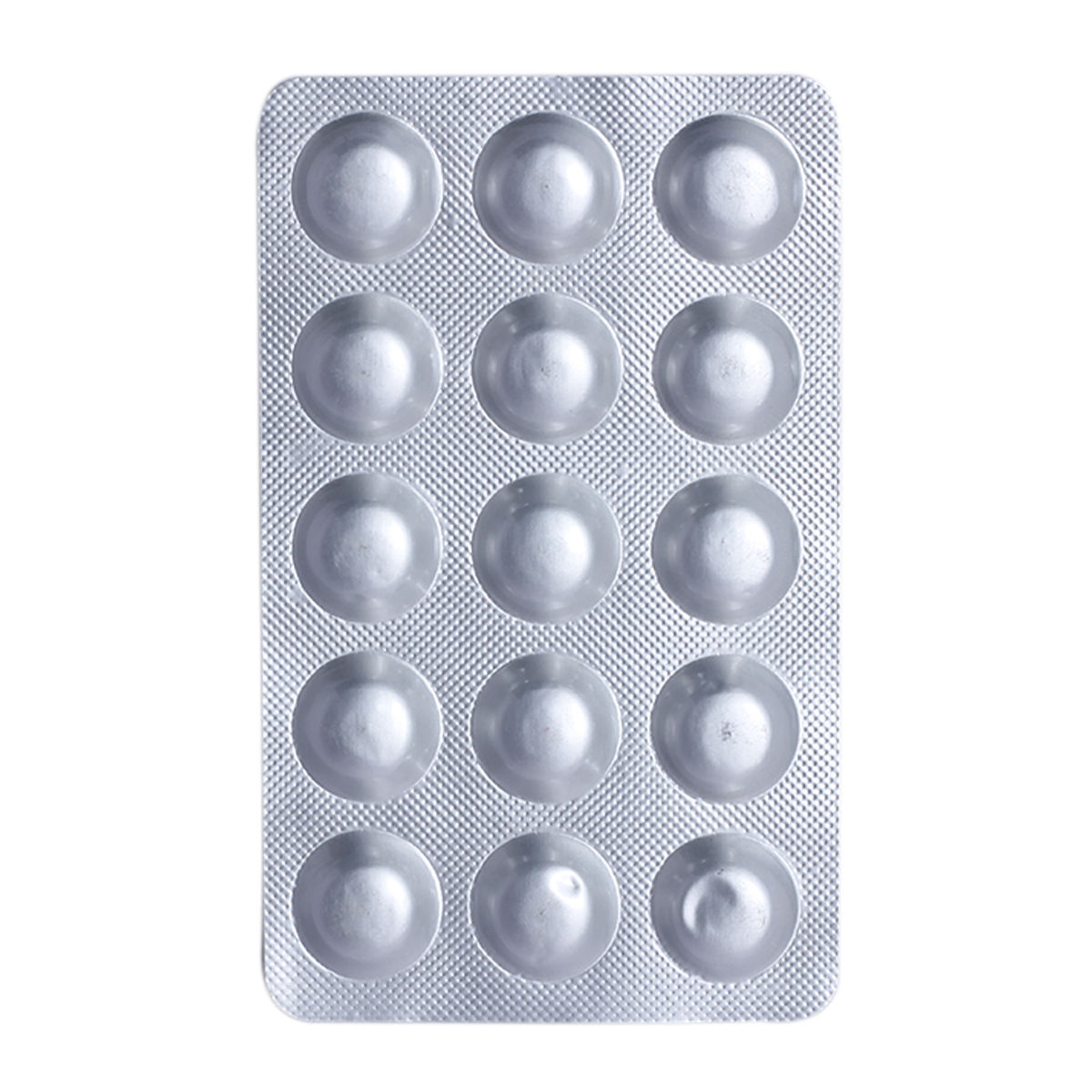 FUBOX 40MG TABLET belongs to a class of anti-gout medications, also known as xanthine oxidase inhibitors, widely used to prevent severe gout attacks or flares. Gout is a chronic condition that occurs due to the deposition of uric acid crystals in the joints. It is characterized by intense pain and swelling at the affected joints. FUBOX 40MG TABLET prevents the sudden attacks of pain caused by severe gout and decreases pain, swelling, and inflammation.

FUBOX 40MG TABLET is a class of medications called xanthine oxidase (enzyme that helps your body to make the uric acid) inhibitors. It works by inhibiting the enzyme xanthine oxidase, thereby reducing the level of uric acid that is made in your body. Thus, it reduces the inflammation caused by uric acid crystals in affected joints, thereby reducing pain, swelling and inflammation. FUBOX 40MG TABLET is used to prevent gout attacks or flares.

Side Effects of FUBOX 40MG TABLET

Drug-Food Interactions: Intake of alcohol may increase the risk of side effects, so avoid taking alcohol with FUBOX 40MG TABLET. Limit the purine-rich diet.

Drug-Disease Interactions: Brief your doctor if you have a medical history of allergic reactions to medicines,  hyperuricemia (an abnormally high level of uric acid in the blood), heart diseases, liver or kidney diseases before taking FUBOX 40MG TABLET.

Gout: Gout is a type of arthritis called 'gouty arthritis'. It is caused by a build-up of a naturally occurring chemical (uric acid) in your body (hyperuricemia). The excess uric acid deposit and crystallize in the joints leading to pain and inflammation. The general signs and symptoms of gout include sudden, severe attacks of pain, swelling, redness, and tenderness in the joints, mostly in the joint at the base of the big toe. Patients with gout may often experience acute attacks that result in sudden and severe pain, often waking you up in the middle of the night with the sensation that your big toe is on fire.

How does FUBOX 40MG TABLET work?

FUBOX 40MG TABLET is a class of antigout drugs called xanthine oxidase inhibitors. It works by decreasing a high amount of uric acid to the normal level that is made in the body. FUBOX 40MG TABLET is used to prevent gout attacks but not to treat them once they occur.

Can I stop taking FUBOX 40MG TABLET if I feel Well?

What if I am having heart disease, so is it safe to take FUBOX 40MG TABLET?

Can I drive while taking FUBOX 40MG TABLET?

Do not drive or operate machinery if you experience dizziness or drowsiness while using FUBOX 40MG TABLET.

How long should I take FUBOX 40MG TABLET?

What is the best time to take FUBOX 40MG TABLET?