aOLAN 5MG TABLET contains olanzapine which belongs to the class of antipsychotics. It is used in the treatment of schizophrenia or psychosis and bipolar disorder (manic depression). Schizophrenia is characterized by symptoms of hallucinations (seeing or hearing things that are not real) and delusions (wrong beliefs). Manic episodes of excitement or depression characterize bipolar disorder. OLAN 5MG TABLET prevents the occurrence of these symptoms.

OLAN 5MG TABLET works by helping to restore the balance of certain natural substances in the brain. The key action of OLAN 5MG TABLET is to block some of the dopamine receptors in the brain and to correct the overactivity of dopamine. on the other hand, it also has effects on other brain neurotransmitters such as serotonin (5-HT), which may also lead to its beneficial effects. altogether OLAN 5MG TABLET may help to decrease hallucinations and help you to think more clearly and positively about yourself, feel less agitated, and take a more active part in everyday life.

Do not take OLAN 5MG TABLET if you are allergic (hypersensitive) to olanzapine or any of the other ingredients present in this medicine. Inform your doctor if you have a medical history of dementia such as glaucoma (increased pressure in the eye), stroke, or heart diseases, diabetes, liver or kidney disease, Parkinson’s disease (brain disorder), epilepsy (seizures), prostate problems, a blocked intestine (Paralytic ileus), and blood disorders. OLAN 5MG TABLET may increase blood glucose levels, so inform your doctor immediately if you have symptoms such as increased thirst or urination. It may also cause weight gain and increase fat levels in the body.

Take OLAN 5MG TABLET as prescribed by your doctor. The doctor determines the dose and duration of the medicine. It is preferably taken at night time. Swallow the medicines as a whole with a glass of water. Do not crush, chew, or break it. You can take medicine with or without food. Do not abruptly stop the medication even if your symptoms get better. Take the medication at a fixed time every day. Do not skip or overdose on medicine. If you miss a dose, skip it and take the next dose as usual.

Side Effects of OLAN 5MG TABLET

Like any other medicines, OLAN 5MG TABLET may also cause side-effects such as drowsiness, dizziness, restlessness, tremor, stomach upset, dry mouth, constipation, increased appetite, extreme fatigue, decreased libido, swelling of the hands or feet, or weight gain. OLAN 5MG TABLET may also cause tardive dyskinesia (unusual/uncontrolled movements of the face, lips, mouth, tongue, arms, or legs) in some cases.

Do not take OLAN 5MG TABLET if you are allergic (hypersensitive) to olanzapine or any of the other ingredients present in this medicine or have a medical history of eye problems such as glaucoma (increased pressure in the eye). Before taking OLAN 5MG TABLET, talk to your doctor if you or your family have a history of blood clots, stroke, or heart diseases and if you are above 65 years and have a history of dementia (memory loss). OLAN 5MG TABLET may also cause weight gain and increase blood glucose and cholesterol levels. Inform your doctor if you are previously diagnosed with diabetes, liver or kidney disease, Parkinson’s disease (brain disorder), epilepsy, prostate problems, a blocked intestine (Paralytic ileus), and blood disorders.

OLAN 5MG TABLET can decrease anxiety, irritability, or agitation. However, you should consult a doctor before using OLAN 5MG TABLET for any condition.

Can OLAN 5MG TABLET be used for long-term?

Long-term use of OLAN 5MG TABLET may cause dyskinesia (a movement disorder) in some cases. However, your doctor prescribes this medication if the benefits outweigh the risks.

Can OLAN 5MG TABLET be used for depression?

OLAN 5MG TABLET can be used to treat mood disorders such as schizophrenia, bipolar disorder, anxiety, and depression. However, you should not take this medication without a doctor’s advice.

What happens when I quit taking OLAN 5MG TABLET?

What is the most important information I need to know about OLAN 5MG TABLET?

OLAN 5MG TABLET may cause severe side effects, such as memory loss and lost contact with reality. It is important to know that it may raise blood sugar levels in diabetics as well as in patients who have never had diabetes. It can also induce weight gain and high blood fat levels that are more common in adolescents. 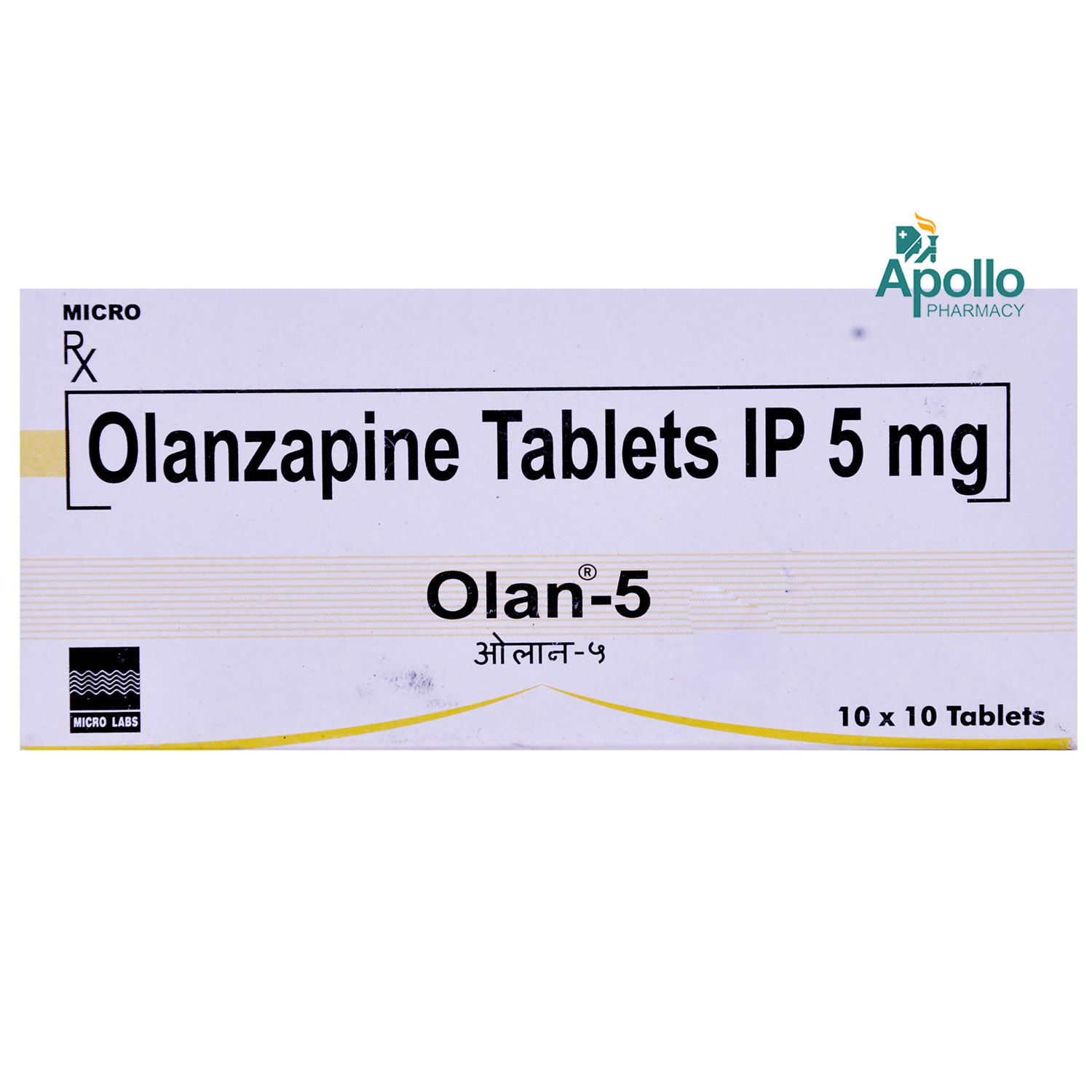