ORATIL 250MG TABLET is not recommended for people who are allergic or hypersensitive to ORATIL 250MG TABLET, penicillin, or other beta-lactams antibiotics. In the initial stage of the treatment, you might have diarrhoea and abdominal cramps due to loss of gut flora (good intestinal/gut bacteria that aids digestion). So, the doctor may prescribe you prebiotics or probiotics for increasing the number of gut flora. You can drink alcoholic beverages while taking amoxicillin, as it does not interact with ORATIL 250MG TABLET. Liver and kidney affected people should take ORATIL 250MG TABLET with caution.

Side Effects of ORATIL 250MG TABLET

During the treatment with ORATIL 250MG TABLET, you may observe some mild and transient nature of common side effects like headache, dizziness,  stomach upset, or overgrowth of candida (fungal skin infection), unpleasant taste in the mouth, diaper rashes, and eosinophilia (increased disease-fighting cells WBCs). These side effects are usually in the initial phase and then resolve after some time. However, if these side effects persist let your doctor know about this.

If I start feeling well, can I skip the dose of ORATIL 250MG TABLET?

Can I take ORATIL 250MG TABLET on my own?

No, it is a prescribed drug, given by a physician for preventing specific medical conditions. Taking it on your own can cause unwanted side-effects.

What other drugs will affect ORATIL 250MG TABLET?

Depending upon the severity of your medical condition your doctor may prescribe it to you daily for a specific duration. The usual dose ofORATIL 250MG TABLET is 7 days (5-10 days), but depending on your current infection state your doctor may extend your dose intake for more days.

Try to stay well hydrated by drinking at least 6 glass of water or other fluid per day. Keep your underwear clean and try to use underwear made of cotton to avoid the spread of infection. Always keep your bladder empty as much possible by peeing regularly. Your doctor may prescribe cranberry juice with antibiotics to treat urinary tract infection.

Do I need to avoid any food or drink with ORATIL 250MG TABLET?

After taking an antibiotic you may need to wait for up to three hours for eating or drinking any dairy products include milk as well as butter, yoghurt, and cheese. Grapefruit juice and dietary supplements containing minerals like calcium may also work dampen the effect of antibiotics.

What will happen if I accidently take overdosage of ORATIL 250MG TABLET?

If you have taken accidently over dosage of ORATIL 250MG TABLET, you may have diarrhoea, nausea or vomiting. In rare cases it can also cause convulsion or seizures (fits). Try to reach out to doctor in this case.

Can I take ORATIL 250MG TABLET for the treatment of cough, flu and cold?

No. ORATIL 250MG TABLET treats only bacterial infection. Cough, flu or cold are usually caused due to the viruses. So, you should consult doctor for these conditions. 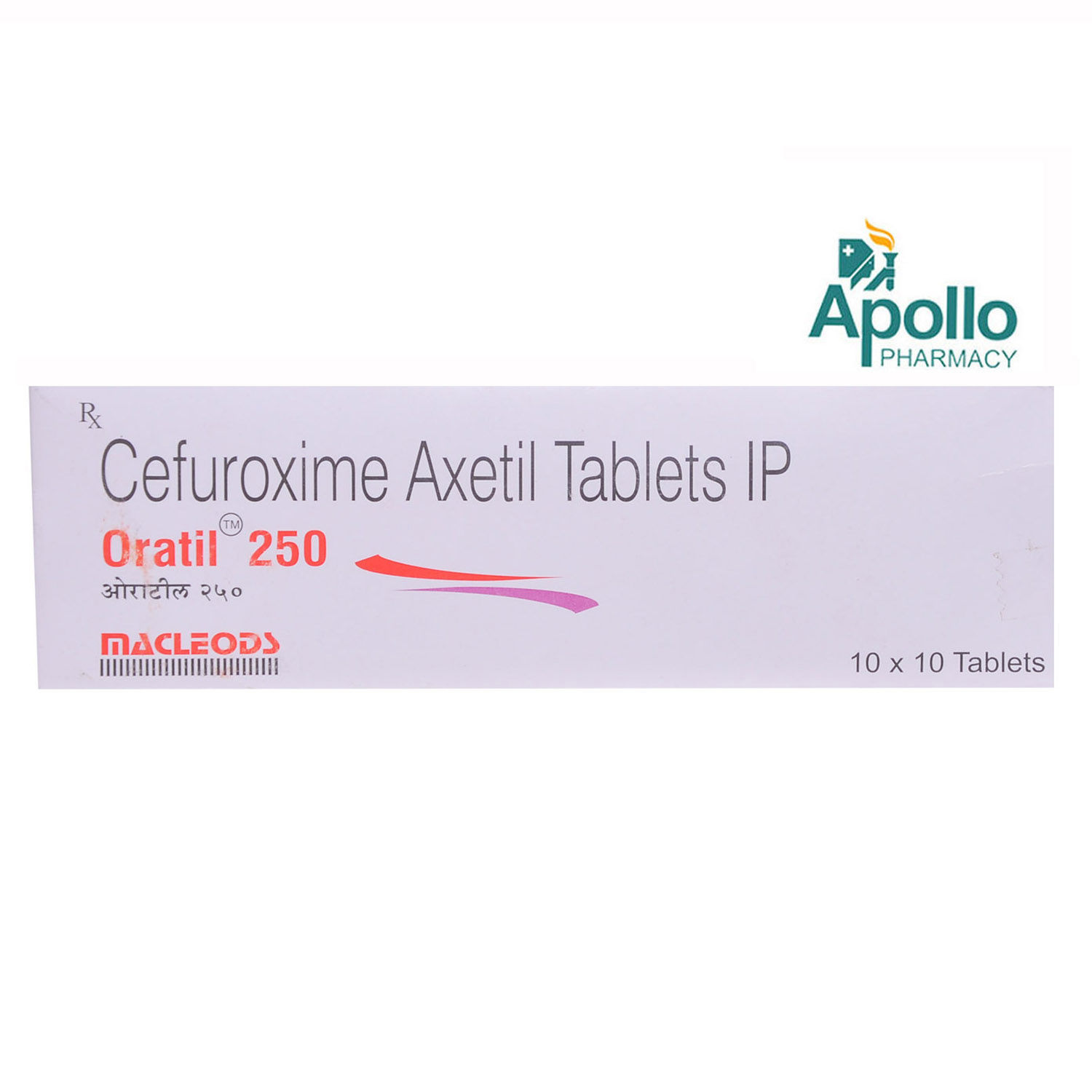