Panazep 25 Tablet 10's belongs to a group of medicines called ‘antidepressants’. It is used in the treatment of depression. Depression is a common mood disorder, which negatively affects a person's daily life described as feelings of sadness, loss, or anger. Depression symptoms can vary from mild to severe and can include: feeling sad, thoughts of death or suicide, loss of interest, weight loss or gain unrelated to dieting, trouble sleeping, loss of energy, feeling worthless or guilty and difficulty thinking.

Panazep 25 Tablet 10's is a combination of two drugs: clonazepam and paroxetine. Clonazepam increases levels of a calming chemical, gamma-amino-butyric-acid (GABA), in your brain. Paroxetine increases the serotonin hormone levels that improve mood, behaviour and prevent symptoms of depression.

Take Panazep 25 Tablet 10's with or without food. The tablet form should be swallowed as a whole with a glass of water; do not chew, or crush the tablet. You are advised to take Panazep 25 Tablet 10's for as long as your doctor has prescribed it for you depending on your medical condition and response to the treatment. In some cases, you may experience certain common side-effects such as nausea, vomiting, diarrhoea, memory impairment, uncoordinated body movements, drowsiness, low sexual desire and delayed ejaculation. Most of these side-effects do not require medical attention and will resolve gradually over time. However, you are advised to talk to your doctor if you experience these side-effects persistently.

Side Effects of Panazep 25 Tablet 10's

Can I drive after taking Panazep 25 Tablet 10's?

Panazep 25 Tablet 10's may cause decreased sex-drive, problems with erection and orgasm. Consult your doctor if you have any concerns regarding this.

What are the important warnings associated with Panazep 25 Tablet 10's?

Some patients experienced increased suicidal thoughts or actions in the first few months of the treatment with Panazep 25 Tablet 10's. Report to your doctor immediately if you notice any changes in your behaviour or mood while on this medication. 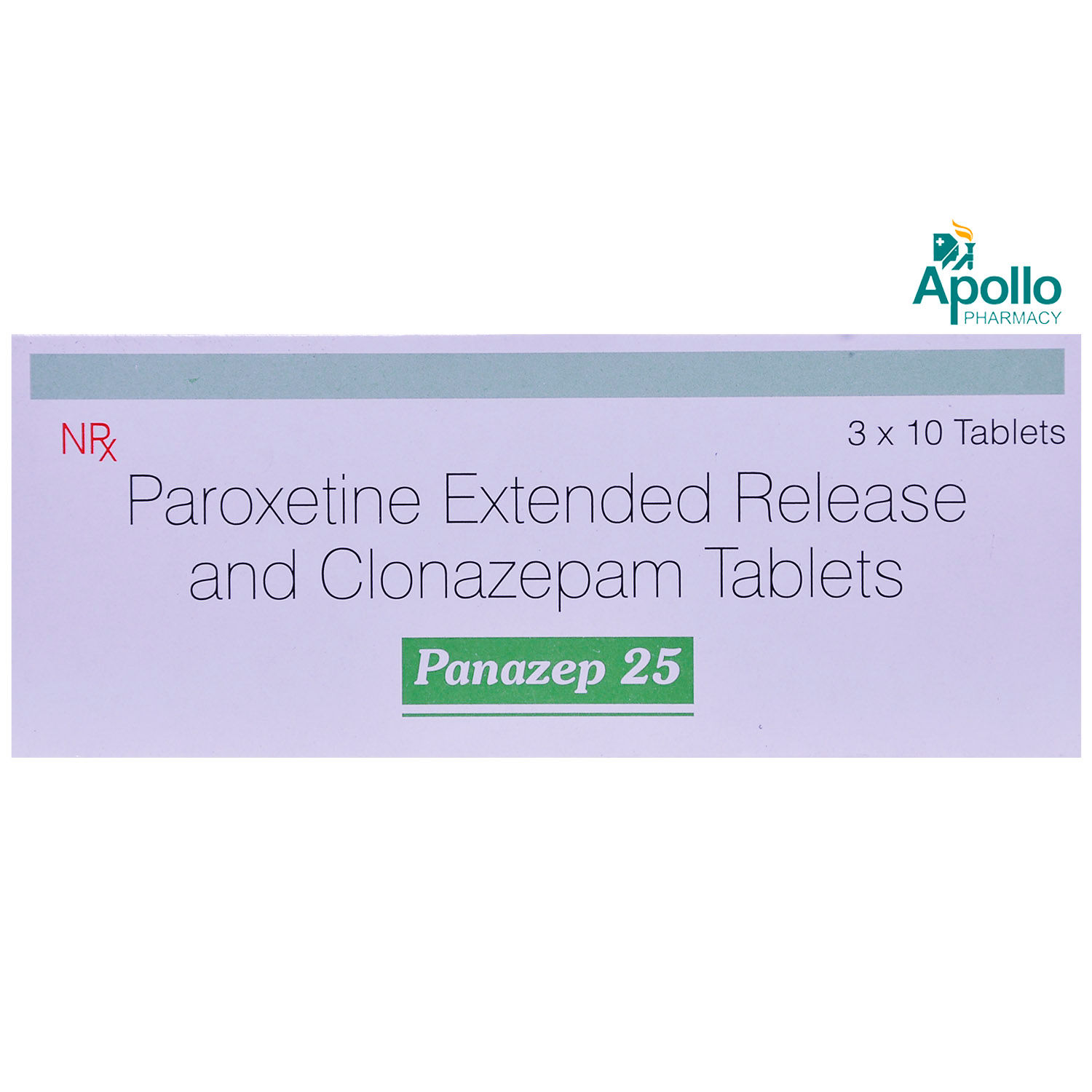