Rispond 2 Tablet 10's belongs to a group of medicines called 'antipsychotics' used to treat schizophrenia and manic depression (or bipolar disorder). Rispond 2 Tablet 10's also treats short-term treatment of long-term aggression in people with Alzheimer’s dementia, and mentally disabled children. Schizophrenia is a mental condition in which the person may feel, hear or see things that are not there, believe things that are not true, feel unusually suspicious or confused. Manic depression or bipolar disorder is a serious brain disorder in which a person experiences extreme mood swings (variance in thinking) and frequent mood and behaviours changes.

Take Rispond 2 Tablet 10's as your doctor has prescribed it. In some cases, you may experience certain common side-effects such as Parkinsonism, difficulty sleeping, sleepiness, depression, anxiety, restlessness, shortness of breath, abdominal pain, dizziness and headache. Most of these side-effects do not require medical attention and will resolve gradually over time. However, you are advised to talk to your doctor if you experience these side-effects persistently.

Side Effects of Rispond 2 Tablet 10's

While taking Rispond 2 Tablet 10's you may become more sensitive to extreme temperatures conditions (like too hot or too cold temperature), so it is advisable to avoid getting too cold or too hot or becoming dehydrated especially during summer. Drink plenty of fluid and water to cope with this condition.

Manic depression (bipolar disorder): It is a serious brain disorder in which a person goes through unusual mood changes (mood swings) and frequent change in his/her behaviour and thinking.

Rispond 2 Tablet 10's works by balancing the chemical messengers called neurotransmitter and blocking the effect of dopamine and serotonin located in the brain, thereby helps in improving mood, behaviour and thoughts.

Can I drive after taking Rispond 2 Tablet 10's?

Rispond 2 Tablet 10's causes tiredness, dizziness and vision problems. So, it is advisable not to drive or operate machinery without consulting your doctor. It may also lower your blood pressure on sudden standing leading to dizziness, so try to get up easily to avoid this.

How can I cope with dry mouth, a common side effects of Rispond 2 Tablet 10's?

Yes, orthostatic hypotension could be a side-effect of Rispond 2 Tablet 10's. Orthostatic hypotension is a sudden lowering in blood pressure leading to dizziness on standing. If you experience this, do not try to stand up suddenly or start walking, instead lie down and get up slowly only when you feel better. People taking Rispond 2 Tablet 10's are advised to regularly monitor their blood pressure levels to avoid such unpleasant events.

Can I do workouts while using Rispond 2 Tablet 10's?

Rispond 2 Tablet 10's may make you sweat less, making you more likely to get heat stroke. Avoid doing things that may cause you to overheat, such as hard work or exercise in hot weather, or using hot tubs. When the weather is hot, drink a lot of fluids and dress lightly. 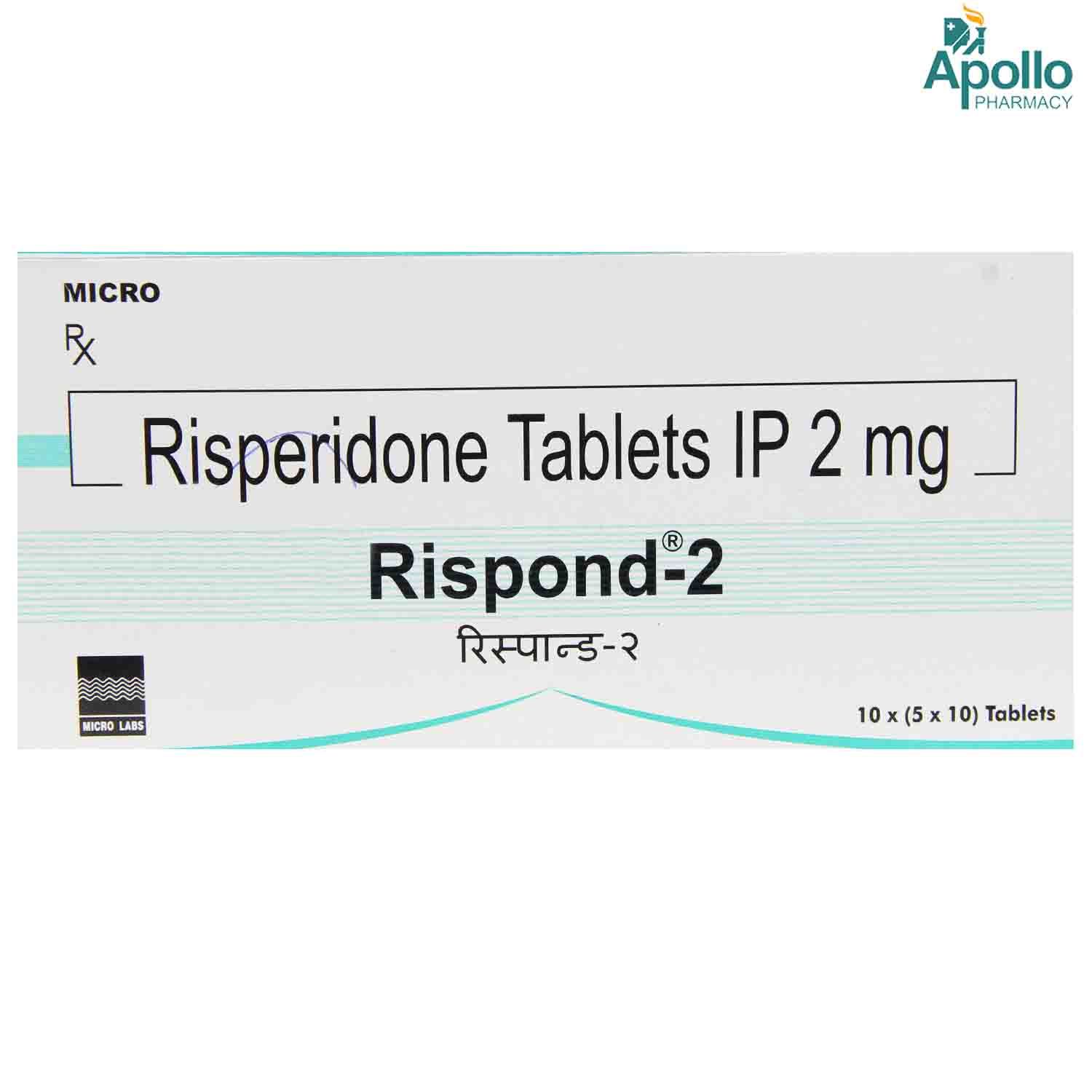