SOREST 100MG TABLET belongs to the class of medications called antidepressants. It is used to treat neurological diseases such as depression, anxiety, panic disorder, obsessive-compulsive disorder (OCD). Depression is a mood disorder characterized by persistent feelings of sadness, loss, or anger. Anxiety is the feeling of fear about what’s about to come. Panic disorder is characterized by a panic attack in which the patient experiences a sudden feeling of terror even if there is no real danger. Obsessive-compulsive disorder (OCD) is the excessive thoughts that lead to repetitive behaviour.

SOREST 100MG TABLET contains fluvoxamine which is a selective serotonin reuptake inhibitor (SSRI). It increases the release of the serotonin hormone in the body, responsible for improving mood, cognition, and memory.

Take SOREST 100MG TABLET as prescribed by your doctor. You are advised to take SOREST 100MG TABLET for as long as your doctor has prescribed it for you depending on your medical conditions. You may experience common side effects like drowsiness, delayed ejaculation (extended period of sexual stimulation in men for releasing of sperm), erectile dysfunction, low sexual desire, insomnia (difficulty in sleeping), nausea, vomiting, restlessness, fatigue, dryness in the mouth, indigestion, loss of appetite, increased sweating, nervousness, and tremor. Most of these side effects of SOREST 100MG TABLET do not require medical attention and gradually resolve over time. However, if the side effects are persistent, reach out to your doctor.

SOREST 100MG TABLET belongs to the class of antidepressants. It is used to treat neurological diseases such as depression, anxiety, panic disorder, obsessive-compulsive disorder (OCD). SOREST 100MG TABLET is a selective, serotonin reuptake inhibitor (SSRI). It increases the release of the serotonin hormone, which balances the excitatory responses in the body. It helps in improving mood, memory, cognition, and learning. It also helps to regulate digestion, sleep cycle, and food cravings.

Take SOREST 100MG TABLET as prescribed by your doctor. The doctor determines the dose and duration of the medicine. Swallow the medicines as a whole with a glass of water. Do not crush, chew, or break it. You can take SOREST 100MG TABLET with or without food. Do not abruptly stop the medication even if your symptoms get better. Take the medication at a fixed time every day. Do not decrease or overdose on medicine. If you miss a dose, skip it and take the next dose as usual at the fixed time.

Side Effects of SOREST 100MG TABLET

Depression: Depression is a mental health disorder in which patients experience persistent loss of interest or mood and feelings of sadness. It affects quality-of-life. It causes changes in sleep, appetite, social behaviour, learning abilities, concentration, and self-esteem.

Anxiety: Anxiety is a feeling of fear, worry, or uneasiness. It is usually a normal emotion. However, if a person experiences repeated episodes of anxiety that gets worsen over time or interfere with daily activities, then the condition is called anxiety disorder.

Panic disorder: Panic disorder is a type of anxiety disorder. It is characterized by sudden panic attacks in which patients experience intense fear even if there is no danger.

Obsessive-compulsive disorder (OCD):  As the name suggests, patients experience obsessions (intruding excessive thoughts) that cause compulsions (impulsive behaviours). It is characterized by nervousness, repetitive movements or words, and increased alertness.

Does SOREST 100MG TABLET cause gastritis?

Can I stop taking SOREST 100MG TABLET if my symptoms improve?

Do not stop SOREST 100MG TABLET without your doctor's advice. Sudden discontinuation may lead to withdrawal symptoms such as nausea, insomnia, restlessness, and anxiety.

Can SOREST 100MG TABLET be used for long term?

SOREST 100MG TABLET may cause side-effects on prolonged use. So, it is recommended to use this medicine for the duration prescribed by your doctor.

Yes, a common side effect of SOREST 100MG TABLET is sleepiness. It may also affect your capacity to think clearly, react quickly, or make decisions. Avoid operating heavy machinery or driving until and unless you know how SOREST 100MG TABLET affects you.

How does SOREST 100MG TABLET works?

When you take SOREST 100MG TABLET, it increases the serotonin levels. Serotonin is a chemical messenger in the brain responsible for improving the mood and physical symptoms of depression. It is also responsible for relieving symptoms of anxiety, panic attacks, and obsessive-compulsive disorders.

What should I do if I miss a dose of SOREST 100MG TABLET? 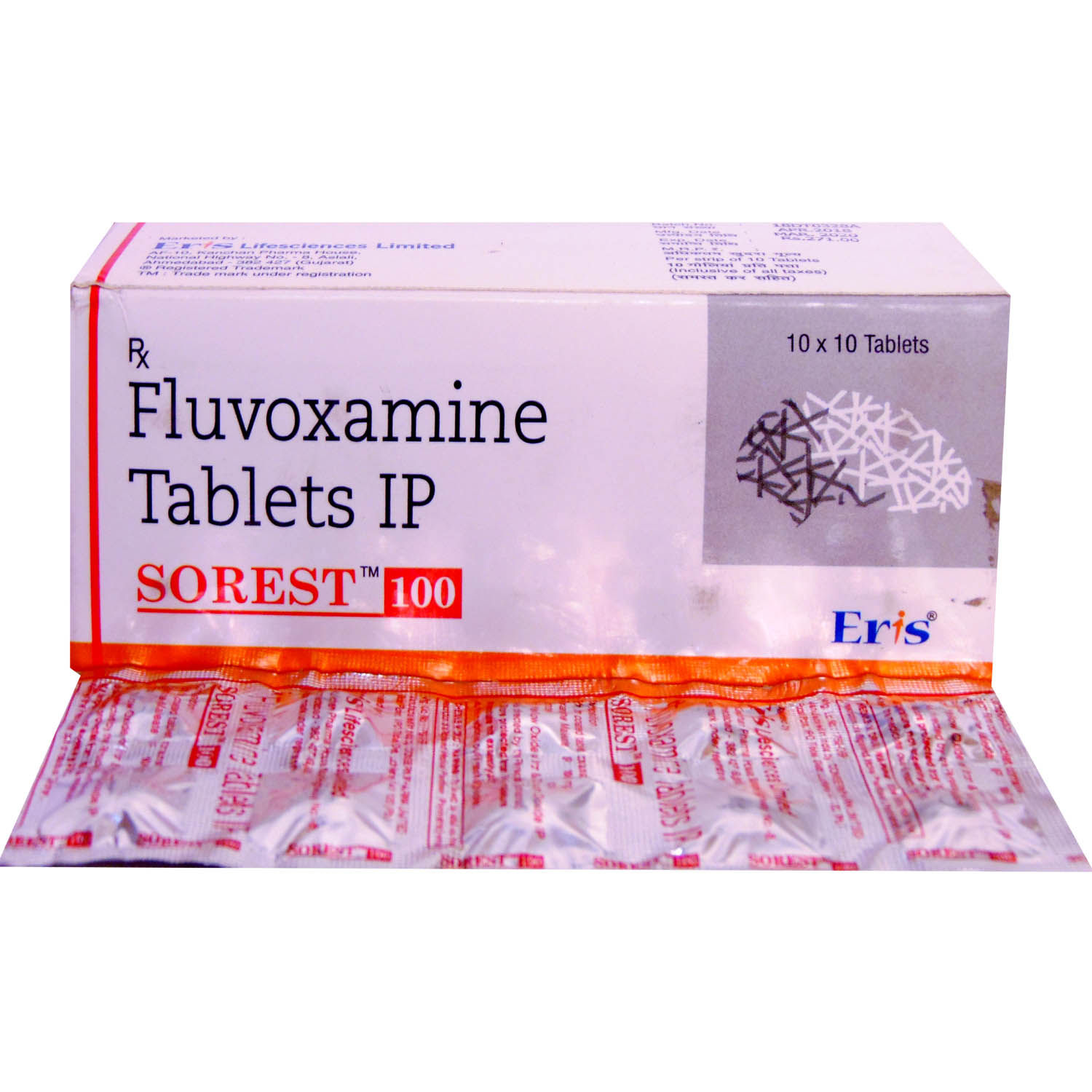