Torfix 550 Tablet 10's belongs to the group of medicines called 'antibiotics' or 'antibacterials' used to treat infectious traveller's diarrhoea (in adults and children above 12 years of age) caused by E coli bacteria, hepatic encephalopathy (decreased brain function due to liver disease) and irritable bowel syndrome with diahhorea (IBS-D). Traveller’s diarrhoea is an infection in which there is a passage of unformed stools. Hepatic encephalopathy causes loss of brain function when a damaged liver is unable to remove toxins from the blood. Irritable bowel syndrome is a condition which affects the large intestine. Torfix 550 Tablet 10's does not work against infections caused by the virus, including cold and flu.

Take Torfix 550 Tablet 10's with or without food but at a common, same time every day. Do not take a double dose to make up the missed ones. In some cases, you may experience certain common side-effects such as headache, peripheral oedema (leg swelling), nausea, dizziness, fatigue, ascites (excess fluid build-up in the abdomen), increased liver enzymes (ALT), and nausea. Most of these side-effects do not require medical attention and will resolve gradually over time. However, you are advised to talk to your doctor if you experience these side-effects persistently.

Torfix 550 Tablet 10's is bactericidal in nature and works by killing the harmful bacteria that cause infections in the gut or intestine like E coli bacteria. Thereby, helps in treating/preventing the spread of infections and diarrhoea with abdominal pain.

It is recommended to complete the course of Torfix 550 Tablet 10's even if you feel better as it is an antibiotic, and leaving it in between may lead to even severe infection that will, in fact, stop responding to the antibiotic as well (antibiotic resistance).

Do not take Torfix 550 Tablet 10's if you are pregnant or planning for pregnancy. Speak to your doctor regarding this, or if you have any concerns, he/she may prescribe an alternate medicine.

For how long is Torfix 550 Tablet 10's prescribed?

Can I take Torfix 550 Tablet 10's with blood thinner (Warfarin)?

What are the common side effects of Torfix 550 Tablet 10's?

Nausea (feeling sick to your stomach), increase in liver enzymes (ALT) and headache are the common side effects of Torfix 550 Tablet 10's, which might occur in some patients. 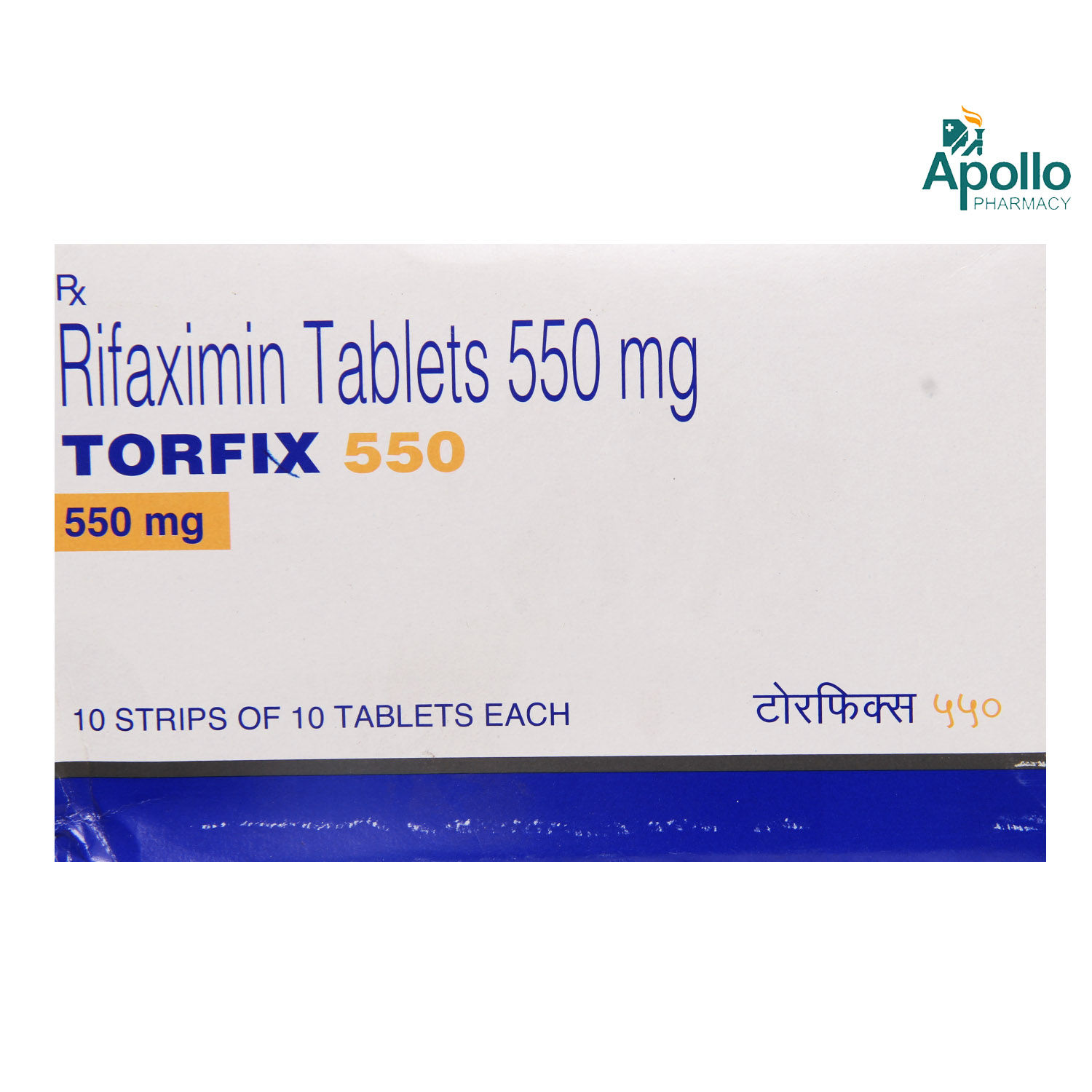