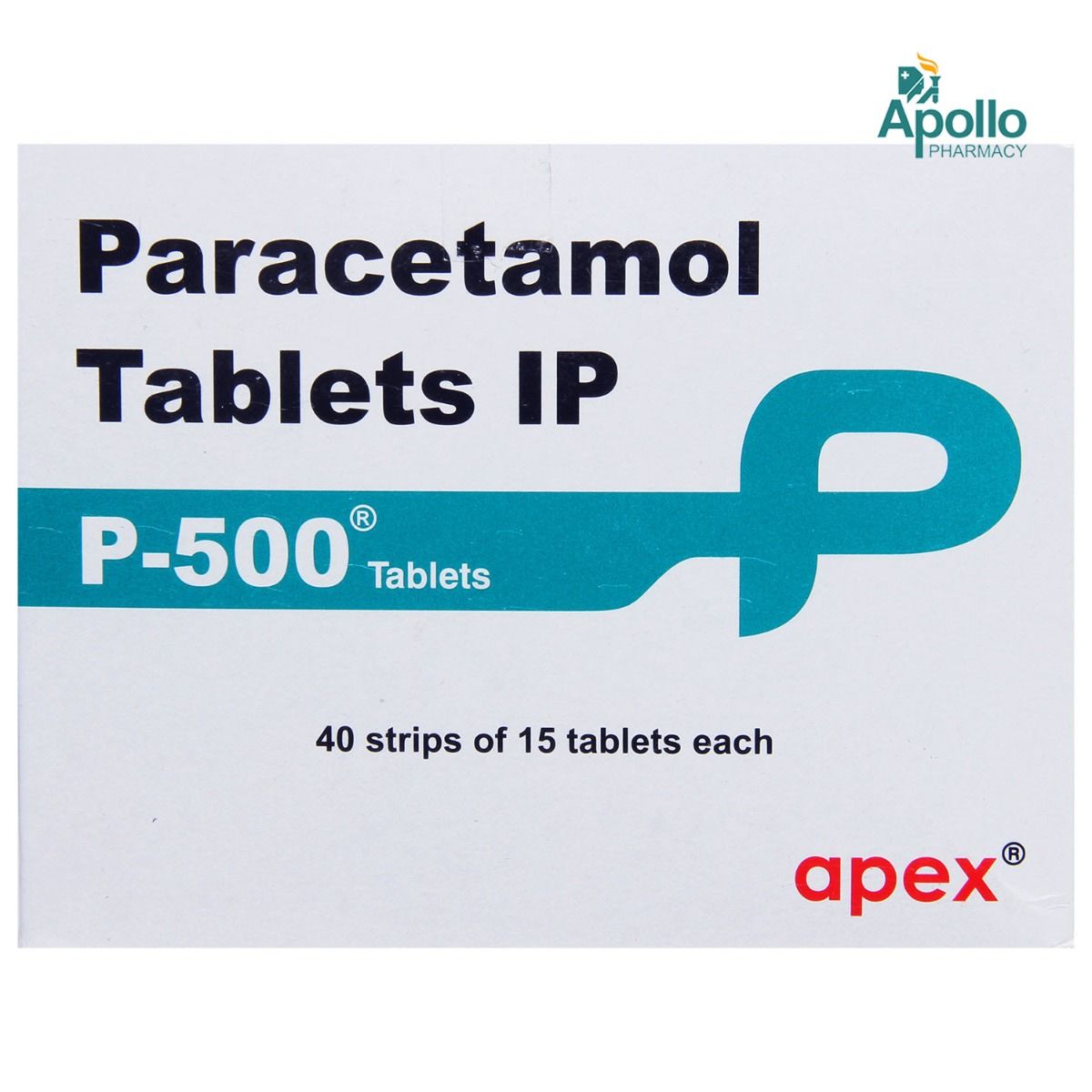 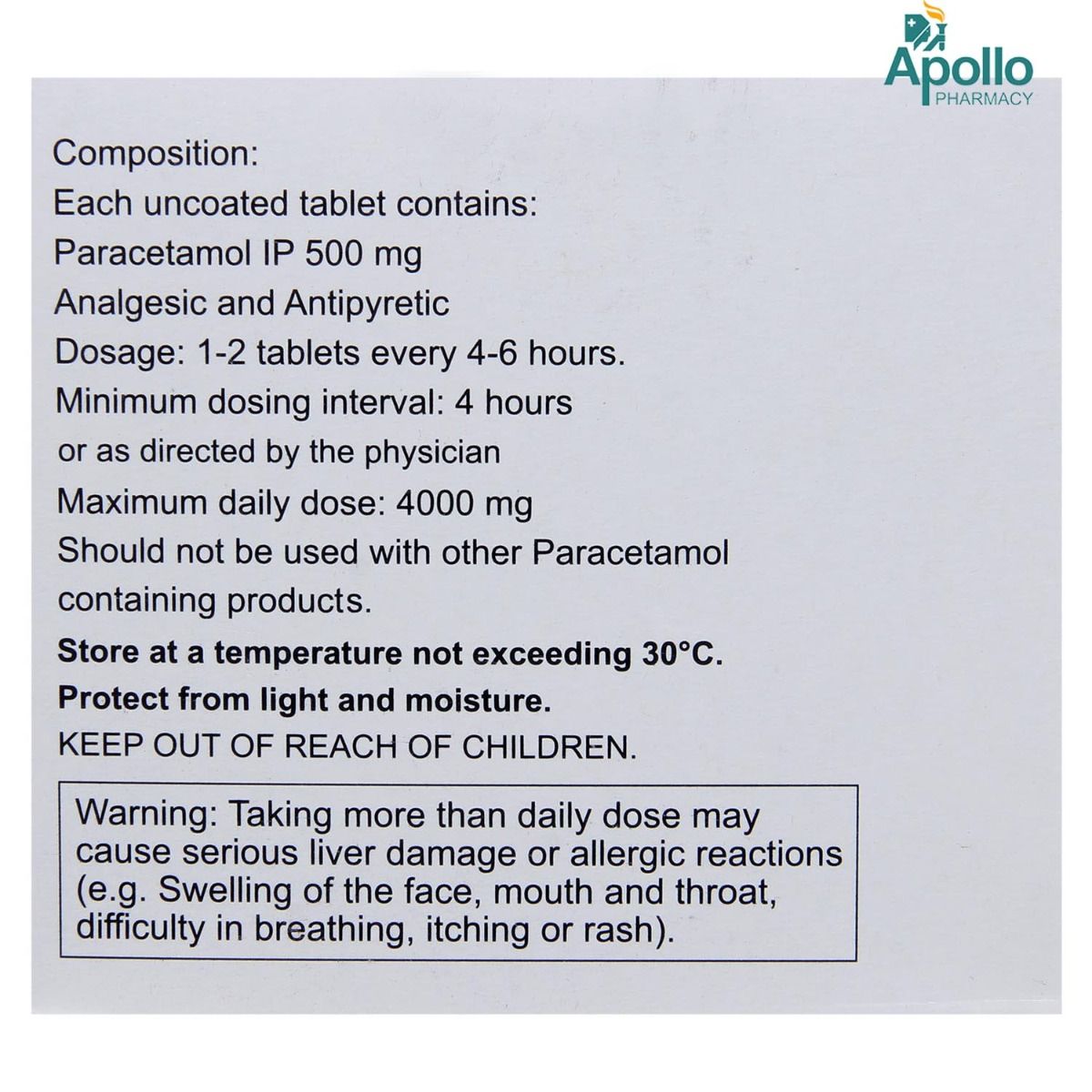 P 500 Tablet 15's belongs to the group of medicines called analgesics (pain killers), and antipyretics (fever-reducing agents) used to reduce fever and treat mild to moderate pain. Also, it is used to relieve headache, migraine, toothache, period pain, back pain, muscle pain and rheumatic pains. Pain and fever are caused by the activation of pain receptors due to the release of certain natural chemicals in the body like prostaglandin.

You are not recommended to take P 500 Tablet 15's with warfarin as co-administration of these two medicines may increase the risk of bleeding more easily. However, if you are supposed to use these medicines together, you are advised to contact your physician so that the dose may be adjusted appropriately to use safely.

P 500 Tablet 15's may affect how certain tests work such as blood sugar test and uric acid test. Therefore, if you are about to undergo blood test or any laboratory tests, inform your physician or lab technician that you are taking P 500 Tablet 15's.

Can i take P 500 Tablet 15's with other paracetamol containing products?

You are not recommended to take P 500 Tablet 15's with other paracetamol containing products as it may cause paracetamol overdose.

What happens if i take more than the recommended dose of P 500 Tablet 15's?

If you take more than suggested doses of P 500 Tablet 15's, it may cause overdose and lead to serious liver damage. The symptoms of overdose include vomiting, loss of appetite, stomach pain, paleness and nausea. However, if you notice any of these symptoms while taking P 500 Tablet 15's, please consult a doctor immediately.